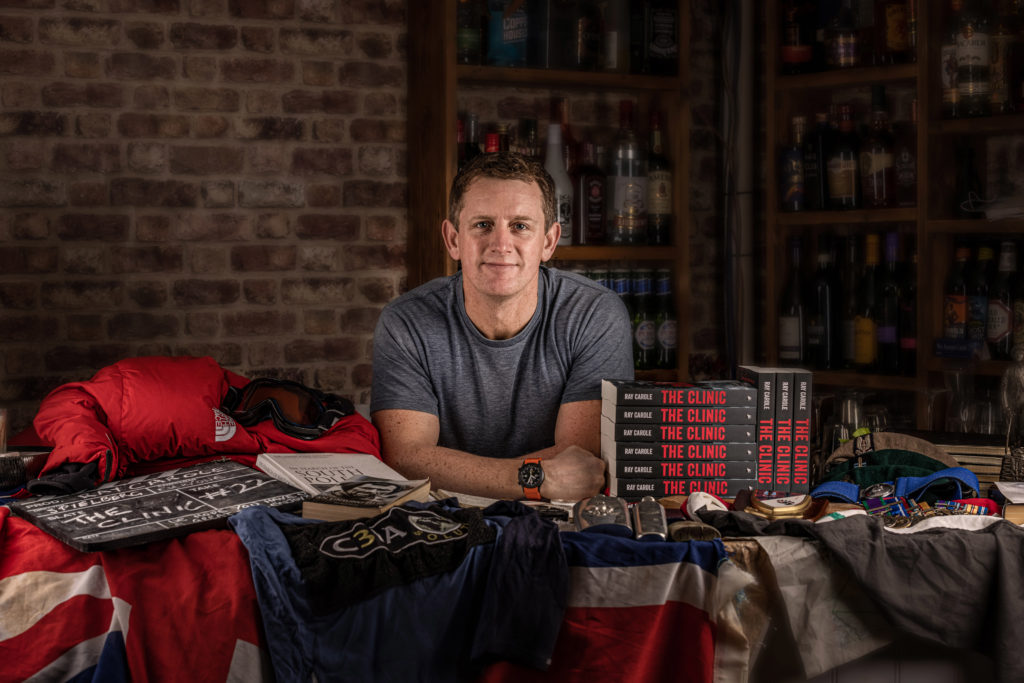 Ray Carole, formerly of the SAS, has penned a book – The Clinic – based on his experiences. And he has now embarked on a bonkers tour to promote it.

A former SAS sergeant who is cycling around the country on a collapsible bike has added the Three Peaks Challenge to his route after his girlfriend called him soft.

Ray Carole, 43, from Poole, Dorset, embarked on ‘the world’s worst book signing tour’ to promote his first thriller and to raise money for charity. 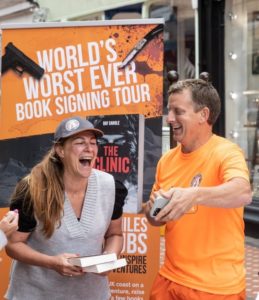 Ray Carole, making people laugh as he promotes his book

At first he was just going to cycle around England and Wales, but then added Scotland, taking the trip to almost 4,000 miles.

But his girlfriend Dionne Middleton said the challenge was still too soft, so he pledged to do the three peaks as well. 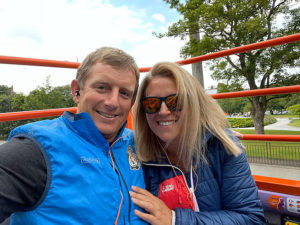 Ray Carole and girlfriend Dionne Middleton who called the ex-SAS sergeant ‘soft’, spurring him to add the Three Peaks Challenge to his 4,000 mile cycle around the UK on a collapsible bicycle.

Ascending Ben Nevis, Scarfel Pike and Snowdon – the highest peaks in Scotland, England, and Wales – will add many more miles and also a total of 11,182ft or 3,408 metres upwards.

Ray, who at 22 was the youngest member of the SAS when he passed selection, will carry his bicycle with him and pedal down the mountains where he is able. 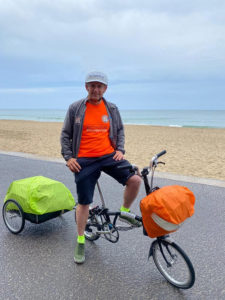 Ray Carole, formerly of the SAS, has penned a book – The Clinic – based on his experiences 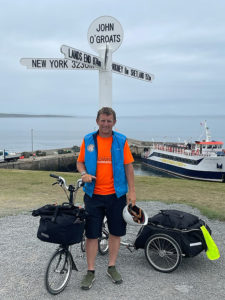 Ray Carole, the ex-SAS hero who is cycling 4,000 miles around the UK. He has now added the Three Peaks Challenge to his trip.

Ray Carole, the ex-SAS hero who is cycling 4,000 miles around the UK. He has now added the Three Peaks Challenge to his trip.

After his military career he raced 500 miles to the North Pole and then skied 715 miles to the South Pole in an attempt to be the first person to walk there and back solo.

This mission, which he was forced to abort at the pole due to the season ending, features in the gripping semi-autobiographical narrative in his psychological thriller, The Clinic.

With Covid delaying his plans to return to the Antarctic he decided to get out on the road on his bicycle to promote his book.

He said: “While I am promoting my book, I am also raising awareness and funds for the Bowra Foundation.

“It was formed by Mark Bowra, a former special forces officer who suffered a debilitating stroke at the peak of his powers.

“The foundation helps those suffering from neurological disorders through practical help and physical challenges.

“I have met lots of people during the tour and have done some book signings and everyone has been very supportive.

“I’m sleeping in a little tent and getting my energy from eating mainly tuna and noodles.

“At first I was just going to do England and Wales, but then I added Scotland which I thought was plenty.

“But my girlfriend Dionne thought I was too soft and 4,000 miles wasn’t tough enough – so I said I’d do the Three Peaks Challenge as well.

“My body is fine but the collapsible bike is creaking and the back tyre is a bit bald.”

Currently now in Scotland, Ray expects to have completed the entire challenge in around 60 days, so he about half way through.

Details of Ray’s progress and his planned route can be seen through live updates on his website https://www.raysbooktour.com/

The Clinic is published by Troubador and is available from online sites as well as the author’s site RayCarole.com.

For more information contact Ed Baker at Deep South Media on 07788392965 or ed.baker@deepsouthmedia.co.uk